The plaintiff, Bayer, moved to exclude the opinion of the defendant’s damage expert, Dr. Rausser, for failing to show that the licenses that he used for his reasonable royalty analysis were technologically or economically comparable to the license resulting from the hypothetical negotiation.  The district court agreed with Bayer on the economically comparable point and granted the motion to exclude on that basis. 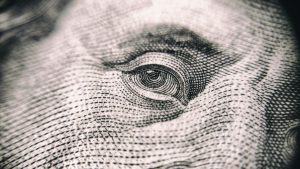 In addressing the four selected licenses the district court explained that Dr. Rausser describes them as having (1) “an upfront payment of $4 million, a regulatory milestone payment of $2 million, and no running royalty” (the Bolder Biotechnology-Bayer license), (2) “an upfront lump sum of $50,000, patent cost reimbursement of $18,789.20, regulatory milestone payments totaling up to $3.4 million, a sales milestone payment of $5 million if sales of licensed products exceeded $100 million, and a running royalty of 1% of net sales” (the University of Rochester-Bayer license), (3) “an annual maintenance fee of $50,000 and a running royalty rate of 0.5%” (the Grifols Biologicals-Baxter license), and (4) “an upfront signing fee of $85,000, an annual maintenance fee of $45,000 . . . , and an annual royalty of $85,000 . . . [, where the] annual royalty was to be increased by 25% every two years” (the University of Connecticut-Baxter license).

The district court then commented that “[t]hree of the four licenses include a lump-sum (upfront) payment. The first license has no running royalty, and the remaining three combine a running royalty with lump-sum, milestone, and/or annual payments. Dr. Rausser makes no effort to reconcile these features with the hypothetical license.  Therefore, I find Dr. Rausser has failed to show “some basis for comparison” to rely on the selected licenses to support his running royalty opinion. See Lucent, 590 F.3d at 1330.”

The district court also concluded that “Dr. Rausser’s opinions cannot be saved by the fact that his estimated damages are comparable to, or even ‘far less’ than, the values in the selected agreements.  Comparability is a preliminary issue. An expert cannot retroactively justify the use of certain agreements by asserting that his ultimate damages value is similar to the values in those agreements.”