Plaintiff, Fox Factory, moved to amend its final infringement contentions, asserting that the defendant, SRAM, LLC, had failed to produce relevant information regarding its custom “BRAIN” product that had delayed Fox Factory from learning that the BRAIN product infringed the patent-in-suit. SRAM opposed the motion and contended that Fox Factory was well aware of the BRAIN product before the amendment deadline and that SRAM had no obligation to craft or intuit Fox Factory’s infringement position.

In analyzing whether there was good cause to permit the amendment, the court first looked at whether Fox Factory was diligent—and found that it was not. “Strikingly, Plaintiff’s arguments 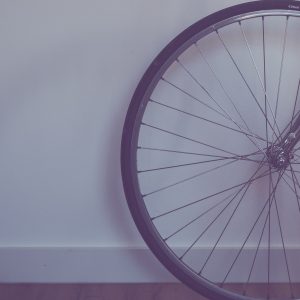 sidestep its own knowledge—and when it gained such knowledge—about the existence and functionality of Defendants’ customized BRAIN shock for Specialized. Instead, FOX Factory seeks to direct the court’s attention to Defendants’ discovery shortcomings. But in considering good cause, this court first focuses on whether the original deadline could have been met with reasonable diligence by Plaintiffs, not any bad faith by Defendants. Colorado Visionary Academy, 194 F.R.D. at 687. Using this framework, based on the record before it, this court is not persuaded that FOX Factory exercised adequate diligence to warrant amendment of its Final Infringement Contentions at this late juncture.”

In reaching the conclusion that Fox Factory was not diligent, the court specifically noted that “FOX Factory carefully never argues it only learned of Defendants’ BRAIN shock at the end of the discovery period. Indeed, the record before this court belies any suggestion that FOX Factory’s knowledge of the BRAIN shock was dependent upon Defendants’ disclosures late in discovery. And while FOX Factory vigorously argues that it was diligent in pursuing Defendants’ identification of all its rear shock products so that it could pursue discovery and understand the full scope of infringement, Plaintiff never cogently explains why its own internal document related to competitive analysis from September 28, 2017 is insufficient to constitute knowledge of the BRAIN product and trigger its own independent obligation to diligently pursue discovery on the topic.”

In addition, the court also determined that “FOX Factory does not dispute that it was intimately involved with the production of the BRAIN shock for Specialized before RockShox, and therefore generally knew of its design and functionality. Indeed, FOX Factory claimed its own BRAIN product, also known as the IV Micro or “Epic” air shock, practiced the asserted claims of the ’434 Patent in its Final Infringement Contentions.”

The court also addressed whether the amendment to the final infringement contentions should be permitted as a discovery sanction, noting that it was “troubled” by some of the conduct during discovery. “Here, it is undisputed that Defendants failed to identify the BRAIN shock in response to Interrogatory No. 9, either originally or by supplementation. Nor did Defendants call specific attention to documents identifying the BRAIN shock pursuant to Rule 33(d) or otherwise. And, as FOX Factory points out and this court recalls, Defendants repeatedly assured Plaintiff and this court that all relevant sales and products were identified in a sales spreadsheet—representations that have been borne out to be inaccurate. This court is, without a doubt, troubled by these circumstances, particularly, Defendants repeated insistence to FOX Factory and the court that all relevant products had been identified and sales information produced in spreadsheets to rebut Plaintiff’s complaints about the sufficiency of Defendants’ responses to written discovery.”

Nonetheless, the court found that “though careless, there is no evidence in the record before it that Defendants’ conduct was intentionally evasive with respect to the BRAIN shock.” Therefore, the court concluded that discovery sanctions were not warranted.

As a result, the court denied the motion to amend the final infringement contentions.